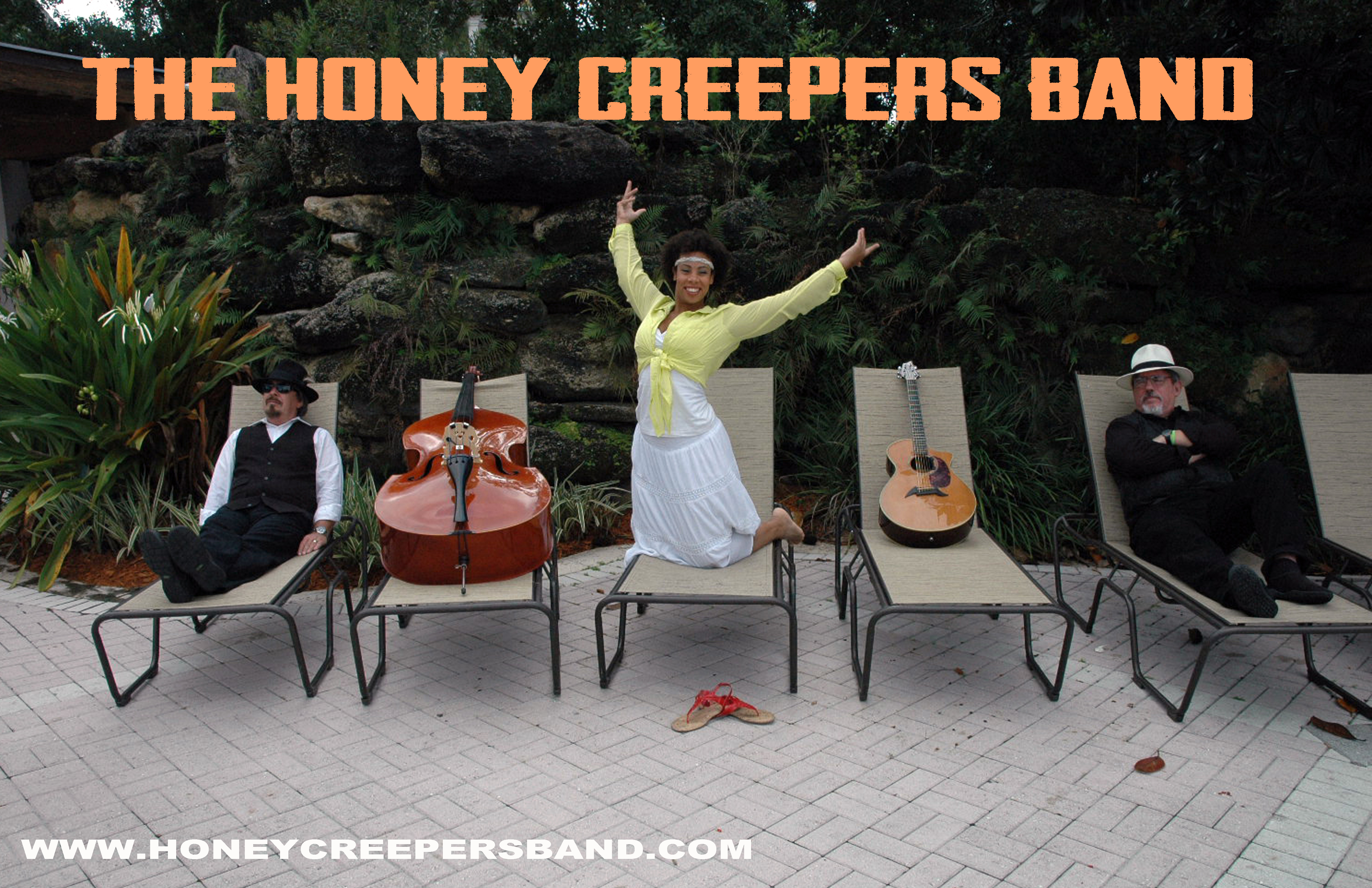 The Honey Creepers Band is a Southwest Florida Original. Down to the core trio, they feature the soulful and dynamic vocals of Prana, the brilliant singer songwriter and strings of John R Butler and musical foundation of Randy Hilderman as the bass guitar and trumpet. Individually they all have all performed extensively. Together, the trio now forms the musical experience known as The Honey Creepers Band. They are performing nationally and recording their first original collective LP. Prana, the lead vocalist is a Detroit native with a sound that was born in the Bayou. As a French Creole she brings a soulful and dynamic presence to this talented group. She has performed and competed internationally as a vocalist. She was a member of The Southwest Florida Sweet Adeline’s chapter “Spirit of The Gulf. John R Butler, a Singer/Songwriter and guitar player who has performed nationally rounds out this group with some soul stirring original songs. His music has been featured in Major Motion Pictures. Recently his song “Hand of The Almighty was included in the 2013 release of “Texas Chainsaw Massacre 3-D”. Randy Hilderman an experienced and energetic bass player who fills in the three part harmony while keeping their groove. Randy has toured Nationally with several bands throughout the US and Europe. He is no stranger to the big stage having opened for Lynard Skynard, The Guess Who, Joan Jett, Kansas and Steely Dan. Their set list includes songs you love from the 20’s to the current day and they perform some original music as well. With exciting and thoughtful arrangements of music that moves you this group is a crowd pleaser.

Lee T: Who produced your songs?

HC: All songs are self produced

How many records have you released? 1 EP working on LP

Lee T: When was the latest release? Lee T:List the venues where you typically perform.

Lee T: Have you showcased for a music label?