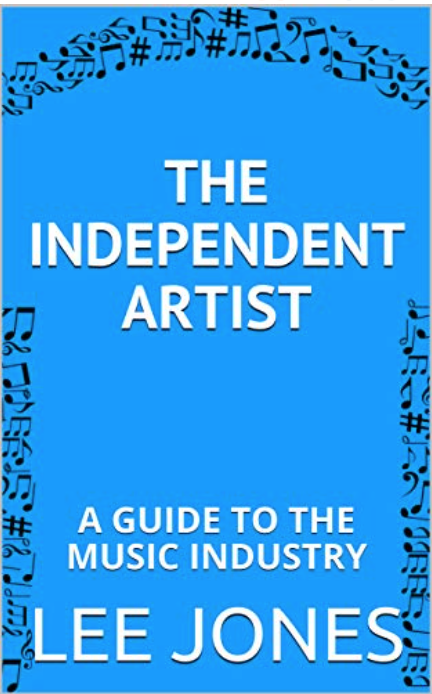 Here is an excerpt from the book, The Independent Artist

Over the decades the music industry has gone through stages. Or more known as the record business. Record labels and their artist made the majority of their income from sales of records up until about the late 90s. First came vinyl, cassette tapes, then CD’s. Record labels signed artist on traditional recording contracts. The artist only signed on their sales of records. The label gave an advance of a sum of money, partial broken down to be used for recording studio cost, manufacturing etc. The rest of the advance to be used for personal living expenses.

The label owned full copyrights, also called (The masters) and would sign on for a number of albums and a time frame. Once the artist released their album, the label was expected to recoup the initial advance. Anything made above that initial investment would go back to the artist, but only a percentage of it. Others working on behalf of the artist would take a percentage of that income as well. The artist manager, the label, and any other individuals who got into a contract with the artist prior to the release.

You see the record label at this point is essentially a bank. An artist needs a loan to live off of while they write and record their music, take care of recording expenses, marketing and so on. A real bank would deem the loan as too risky.

In the minds of artist and the general public, the idea of signing with a record label was the pinnacle of one’s career. They have made it. All of the household name artist your hear have gone this route. In those days you could send a demo tape of about your best three songs to the A & R department of a record label.  Or you could be discovered by an A & R and be signed to a recording contract.

Many of those big artist did get signed to a recording contract this way. Eventually the demo’s got to be too many and labels stopped accepting unsolicited demos.

Many record labels did start out small and independent. But those mainly founded prior to the 1970’s grew to become one of the Major Labels. Atlantic, Warner bro’s, Capitol, Columbia, EMI etc. Eventually over the years the labels merged and bought out smaller labels to become Label groups. It started out as 6 major groups then consolidated over the years to become 3 major groups that we have today. These became known as the “Majors,” controlling a large segment of the music sales, radio play and promotion.

An label founded outside to the Majors became known as Independent. Many Independent labels did spring up during the 80’s throughout today without being bought out or joining the Major groups. Many household name artist did start out on Independent labels, then graduate to a Major label for more exposure.

Beginning in the late 90’s as the internet began to mature, record sales began to dip. The reason was some sites like Napster allowing P2P peer to peer sharing sites that allowed one individual to upload a mp3 song file, and share it with everyone else on the internet. This took a hit on the music industry because now anyone could get a music for free. I remember collecting CD’s and tapes around the late 90’s early 2000’s and making mixes. But being introduced to sites and applications that would torrent music for free. Around the same time the iPod was introduced and Mp3 players took off.

The iPod was the premier mp3 player but there were others as well for those who couldn’t afford the expensive iPod. Probably the last time I used a portable CD player was back 2004. Then people were using the mp3 players. So I would go to the computer and rip CD’s from windows media player and now the music on the computer. Then I could transfer those mp3 song files to my mp3 player and any other sources download from Napster for example.

The days of carrying around one CD in your portable CD was over. You now had access to hundreds and even thousands of songs.

Ringtones sales around the early 2000’s took off for a while it was a big deal. But overall record sales continued to slump.

Then came the introduction of the Artist and Record Company Multiple rights agreement deal. Also wildly know as the 360 deal. Records were not selling anymore and labels needed a new revenue stream. With the 360 deal they looked to take a percentage of revenue from everything the artist was doing. From tours, to publishing royalties, to endorsements and sponsorships.

You see the record business is not stable. On any record label rosters you will have the mega stars, the household names. Then you will have the lesser known artist. The majority of lesser known artist do not do so well. They may not even pay back their advance and the label ends up dropping them and ending the contract. The mega stars are expected to not only bring the majority of revenue to the label, but also make up for the failed artist that we’re dropped.

The 360 deal kept the record business afloat. But many of those big artist, after their contract was up decided to go independent. They had their name, their brand well known and now they could retain their rights and full revenue.

Artist were now being scouted differently in this 360 era. Instead of finding the unknown singing in an open mic night or sending in a demo, you had to already prove yourself by yourself. It was almost to the point that you really didn’t need a label to help boost your career because you did it yourself. You grew your fanbase, made sales and did it all yourself.

Up incoming artist and bands were being scouted online from websites like Myspace and Youtube. They were doing so well generating views, new fans and revenue that the labels wanted a cut. Artist still did sign on because the labels did still have a foothold on the industry, terrestrial radio play, worldwide distribution, major exposure contacts.

Enter the Label Services era. The traditional record deal has almost vanished. 360 deals are now common among the majors. But as the late 2000’s entered into the early 2010’s, more artist are independent. There are more avenues now for independent artist to release their music. Major platforms like iTunes have opened their store to independent distributers. Indie distributer include for example CD Baby, Tune core, and more.

By 2015 the music industry model has changed. The majority of Artist no longer sign with record labels at all. But they still need the support of a label.  You see it is so easy and accessible now to release your music to the world, and become a recording artist on your own but that now presents new problems. The internet is now flooded with music, the good, the bad and the ugly.

You have from one spectrum the really talented amazing musicians to the really bad. If everyone is releasing their music how do you stand out? How do you get heard? Enter label services. The artist is independent but hires the label for their services. Say I want to tap into the worldwide distribution that the label offers. I can sign an agreement only for the distribution. The label doesn’t touch anything else.

So I need help with marketing. The label has the knowledge and know how to get marketing for your music and image to the right avenues. They’re an expert in this. Experts from booking shows, marketing, publishing, recording, etc. The independent artist CANNOT do everything. They cannot expect to succeed on their own. You need a team to push you forward. The label services helps with that because you have the support of the label without the label retaining your copyrights, trademarks and revenue.

You can only get so far on your own. Now as we are in the new era of the music industry, the Majors are signing not based on talent or singing ability, but raw numbers. Such individual might not be  even a musician or singer but has many followers on social media. They are offered a multi million dollar record deal.